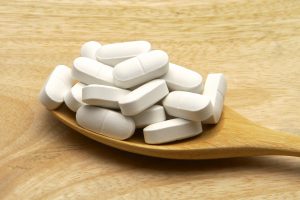 In the 1973 movie “Sleeper” Woody Allen’s character, the owner of a health food store, awakens in a future world after a 200-year cryogenic hibernation only to find that the doctors of the future have found without a doubt that the secret to a long and healthy life is a diet rich in deep fat, steak, cream pies and fudge.

Viewing of cigarette commercials from the 1940’s reveals testimony from physicians that “More doctors smoke Camels than any other brand.”

These rather humorous scenarios are an obvious play with the concept of what we know as fact at one point in time can be debunked, sometimes radically, based on new information.

Recently, oral calcium supplementation, which has been a widely accepted health practice, has come under scrutiny based on new information. In this column I will review one controversy about this supplementation – does it increase the risk of cardiovascular disease?

The Food and Nutrition Board of the Institute of Medicine of the United States National Academies has established a recommended dietary allowance (RDA) for calcium of 1,000 mg. for women age 19-50 which increases to 1,200 mg. for post-menopausal women or women age 51 and older and for men age 71 and older.2 The Board also has recommendations for “Tolerable Upper Intake Levels” (ULS) of calcium which I will address later in this column.  Clinicians and many consumers are aware of these recommendations and are also aware that it may be difficult to achieve those levels through diet alone especially if an individual is lactose intolerant and cannot consume dairy products or if their diet is low in other calcium-rich foods including dark green leafy vegetables, such as broccoli and kale, fish with edible soft bones, such as sardines and canned salmon, and  calcium-fortified foods and beverages, such as soy products, cereal and fruit juices, and milk substitutes.1  Therefore, in an attempt to reach the RDA, many individuals, including more than half of women over age 60, take calcium supplements, many without the oversite of a physician, because they believe it will reduce their risk of osteoporosis.3  This use, which I will call “medicinal supplementation,” includes non-prescription products ranging from liquids and tablets (some a little too large to be easily swallowed), tablets to be chewed, and soft candies. The RDA has been calculated through strong evidence that insufficient calcium intake is associated with decreased bone-mineral density and increased risk of fractures.

However, since 2010, a number of studies have demonstrated an association between this medicinal supplementation of calcium and an increased cardiovascular risk including heart attack and stroke.

A number of criteria need to be met in order to determine whether an apparent association between consumption of a medication and a clinical outcome is real.4 These criteria include an examination whether the outcome is biologically plausible based on what is known about the effect of the medication and also whether there is a dose-response relationship. In the case of calcium, both of these criteria appear to have been met. First, calcium’s role in strengthening bone is well-known and well-understood however calcium also has a close relationship with myocardial contraction, nerve conduction, hormonal modulation and blood clotting, all of which may result in an increased cardiovascular risk.5 And, it is known that patients with hypercalcemia exhibit increased mortality due to cardiac and vascular complications.6

The controversy as to whether there is a relationship between the medicinal supplementation of calcium and cardiovascular risk is due to the fact that, while an increasing number of studies have been published investigating this potential, they have reached different conclusions with some demonstrating such a relationship and some concluding that no such relationship exists.6

The good news is that there is agreement between studies that have looked at the cardiovascular outcomes of supplementing calcium through the consumption of calcium-rich foods. These studies have demonstrated reduced mortality due to coronary vascular disease and reduced risk of MI and stroke. They have also demonstrated either neutral or beneficial profiles for factors such as atherosclerosis, blood pressure, plasma glucose and body weight.6

Calcium intake through nutritional sources compared to the use of medicinal supplements has numerous advantages. It has a lower risk of kidney stone formation because dietary calcium binds with oxalate inside the digestive tract which forms a poorly absorbed complex thus reducing hyperoxaluria by which most kidney stones are formed.6 And, nutritional sources don’t have the gastro-intestinal side effects of medicinal supplements including constipation, gas and bloating. Improved nutritional intake also lessens the risk of malnutrition and muscle loss which are indirectly related to bone quality and risk of fractures.7 And, dietary supplementation avoids transient hypercalcemia that is seen with medicinal supplementation which, at least hypothetically, could be the cause of increased cardiovascular risk that is seen after taking those products.

Coincidentally, just as I was finalizing this column, I ran across a news flash about a study published very recently in the Journal of the American Heart Association.  After analyzing 10 years of medical tests on more than 2,700 people in a federally funded heart disease study, researchers at Johns Hopkins Medicine and elsewhere concluded that taking calcium in the form of medicinal supplements may raise the risk of plaque buildup in arteries and heart damage, although a diet high in calcium-rich foods appears be protective.3  Study authors stated that “Based on this evidence, we can tell our patients that there doesn’t seem to be any harm in eating a heart-healthy diet that includes calcium-rich foods, and it may even be beneficial for the heart, but patients should really discuss any plan to take calcium supplements with their doctor to sort out a proper dosage or whether they even need them.”3

We have become accustomed to the concept of RDA but in the case of calcium it is also important to understand that the Tolerable Upper Intake Levels (ULS) recommended by the Food and Nutrition Board is 2,000 mg. per day for persons age 51 or older, regardless of gender.2 Consuming more than that amount may further increase risk of health problems related to excessive calcium.1

This controversy still rages but it does emphasize that recommendations and practices can change based on new information. At this point it seems clear that, for many reasons, nutritional supplementation, if possible, is the preferred way to consume adequate calcium rather than relying on medicinal supplements.