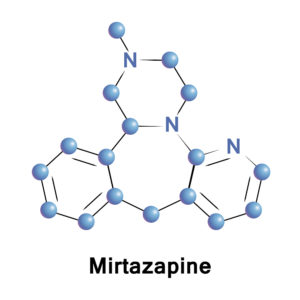 Unintentional weight loss is an important issue in geriatrics and is associated with an increased mortality over a 12-month period. Many factors may cause or contribute to weight loss including swallowing disorders, dental problems, dietary preferences, psychological conditions, effects of medications and effects of various disease states. All factors must be considered before appropriate management is initiated. In up to 25% of those experiencing weight loss a specific cause may not be identifiable.1

Weight loss is a focus of appropriate resident care in nursing facilities. The Minimum Data Set (MDS 3.0) captures the percentage of long-stay residents who had a weight loss of 5% or more in the last month or 10% or more in the last two quarters who were not on a physician prescribed weight-loss regimen noted in an MDS assessment during the selected quarter.2

One approach to managing and hopefully reversing weight loss is drug therapy, although, in my opinion it should not be a first option. Wouldn’t it be nice if there was a “magic bullet” pill that would cure the problem? Nobel prize winning physician and biochemist Paul Ehrlich predicted that substances that would seek out specific disease-causing agents would be developed. These “magic bullets” would theoretically go right to the cause of the problem and affect a complete cure.3 Unfortunately, there is nothing even close to a magic bullet when it comes to a treatment of poor appetite or weight loss. Notably, certain medications including megestrol, dronabinol, cyproheptadine, metoclopramide, and
anabolic steroids (i.e., oxandrolone and recombinant human growth hormone) have been seen to improve or enhance weight gain as a consequence of treatment.4 However, questionable efficacy
and a variety of adverse side effects, some quite serious, associated with these agents, particularly in the older adult population, have discouraged their use.

The remainder of this column will focus on one drug, mirtazapine (brand name Remeron), and whether it should play a role in improving appetite and reversing weight loss.

Mirtazapine is a unique antidepressant agent that enhances central noradrenergic and serotonergic activity. It is a potent 5HT2, 5-HT3, and H1-receptor antagonist, as well as a moderate peripheral alpha-1 adrenergic and muscarinic antagonist.4

Mirtazapine is approved by the Food and Drug Administration for one condition: the treatment of major depressive disorder (MDD). We know that MDD is typically accompanied by numerous symptoms
including significant weight loss and/or decreased appetite. It is important to understand that mirtazapine is not FDA-approved for appetite stimulation or weight gain yet, it is not uncommon to see
this drug favored as an antidepressant because, in addition to treating a person’s depression, it may also stimulate their appetite and result in weight gain. This is an example of the drug therapy mantra that
“one person’s side effect is another person’s therapeutic benefit.” We can therefore see that it is not illogical to use mirtazapine in an attempt to take advantage of its “added benefit.”

Because the use of mirtazapine to stimulate appetite and promote weight gain is not FDA-approved its use is therefore referred to as “off-label.” “Off-label” use of a drug refers to prescribing a medication
for a different purpose than those formally approved by the FDA and found in the package labeling (i.e. the package insert or the full-prescribing information) of the drug. It’s common, and it’s legal.6 However, as I have frequently mentioned in this column, the decision whether or not to use a particular medication for a particular indication should always include a thorough consideration of risk v benefit.

It is important to note that other antidepressants are associated with significant weight gain including citalopram, escitalopram, sertraline, paroxetine, venlafaxine and duloxetine.7 A Cochrane library analysis concluded that mirtazapine was more likely to cause weight gain or increased appetite and somnolence than SSRIs but less likely to cause nausea or vomiting and sexual dysfunction,8 however, other studies have concluded that mirtazapine’s impact on weight was not statistically different from other nontricyclic antidepressant users after controlling for factors such as baseline weight, gender, dose and comorbid diagnoses.9 Yet, in spite of this lack of overwhelming evidence, mirtazapine has developed a particular popularity for this off label use.

I have come up with some practical guidelines that can be used when mirtazapine is prescribed for appetite stimulation and promotion of weight gain: